THE RESULTS OF THE WEEK END 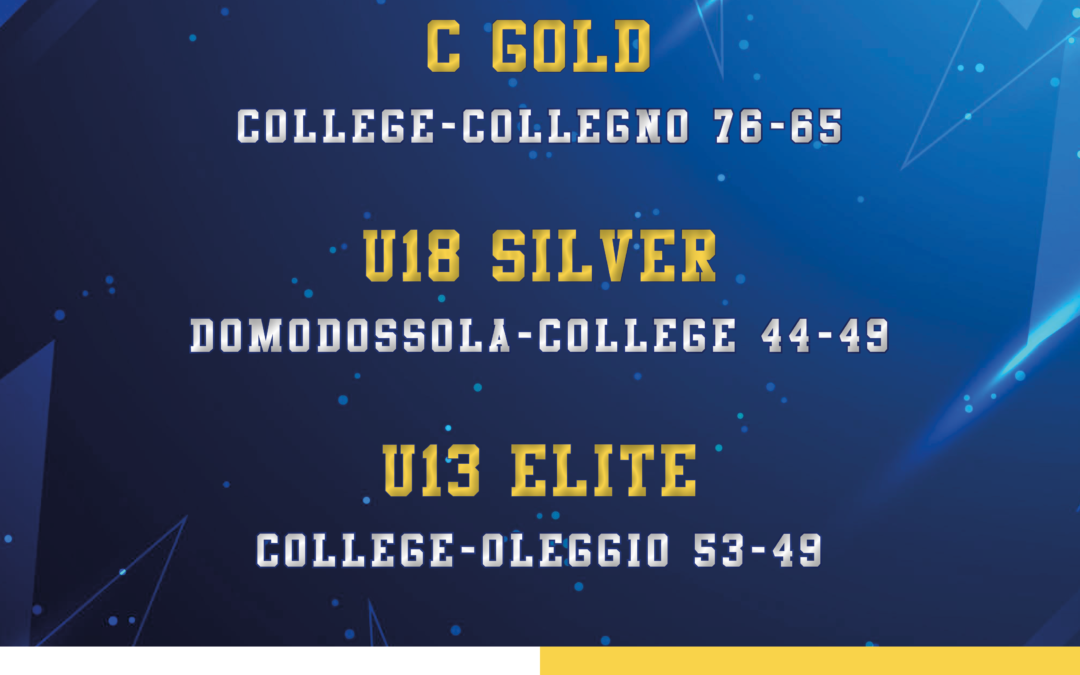 A small summary of the results of our collegiali.

The C Gold, as already written, won the second game of this season on the court of Cadorna, sending KO Collegno 76 to 65.

Two points for the U18 Silver at the debut: the biancoblu won in Domodossola 44 to 49, finding success at the debut.

Nice victory also for the youngest team of our Club, the under 13 élite: a great emotion for the debut in the youth championships, crowned with the 53 to 49 victory against Oleggio in the derby.