COLLEGE CUP – VANOLI YOUNG WINS THE U17 COLLEGE CUP, THE U20 GOES TO COLLEGE PREP 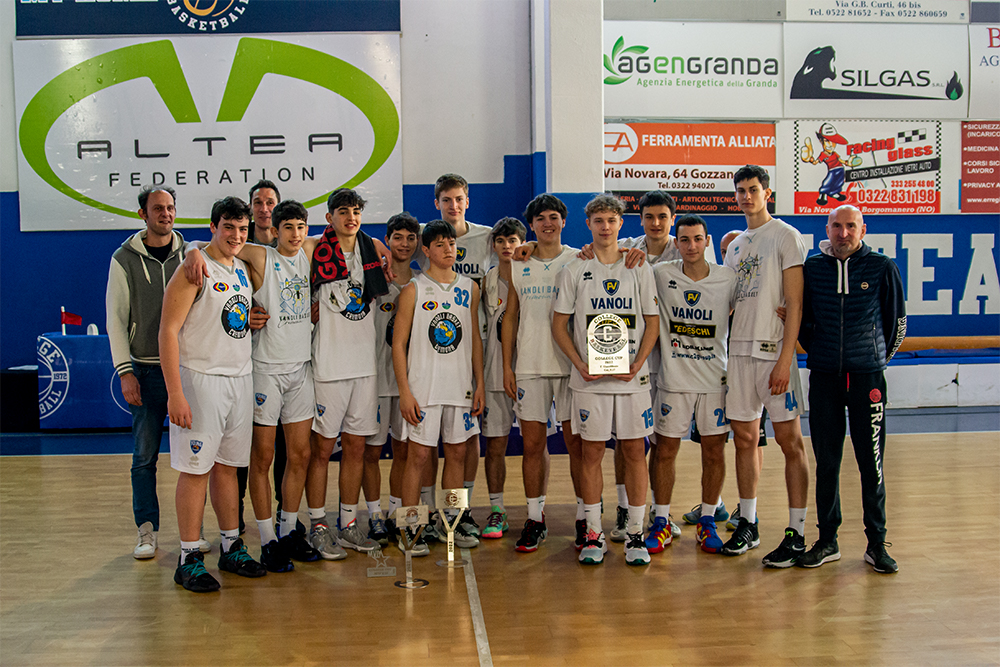 The three days of basketball in Borgomanero ends with some big matches. It’s the final day, the one in which all positions for both categories are assigned. In under 17 the seventh place goes to Forlì, who wins 80 to 58 against Tortona. Sixth position for Virtus Siena, defeated by College Basketball 82 to 71. Fourth place for Olimpia Roma, defeated in the derby valid for a place on the podium at PalaDonBosco, where the Stella Azzurra wins, finishing third. Final in which Florence pays for the efforts made in the group and yields in the presence of a super Vanoli Young Cremona, 44 to 77 the final. MVP of the College Cup Nicholas Errica, of Vanoli and, together with him, team mate Giacomo Vitali, Andrea Cecchi (College Basketball), Vitaly Kuznetsov (Stella Azzurra) and Pietro Pinarelli (Florence) go to the best quintet.

In the under 20 championship no dry final, but the final ranking after four games says that College Prep Team is the winner. Second position for Stella Azzurra, third OASI Laura Vicuna, fourth position for Granda College Cuneo, fifth place for Den Bosch and sixth position for Olimpia Roma.