SACCHETTINI AFTER WINNING THE CUP: “I WAS INCREDULOUS” 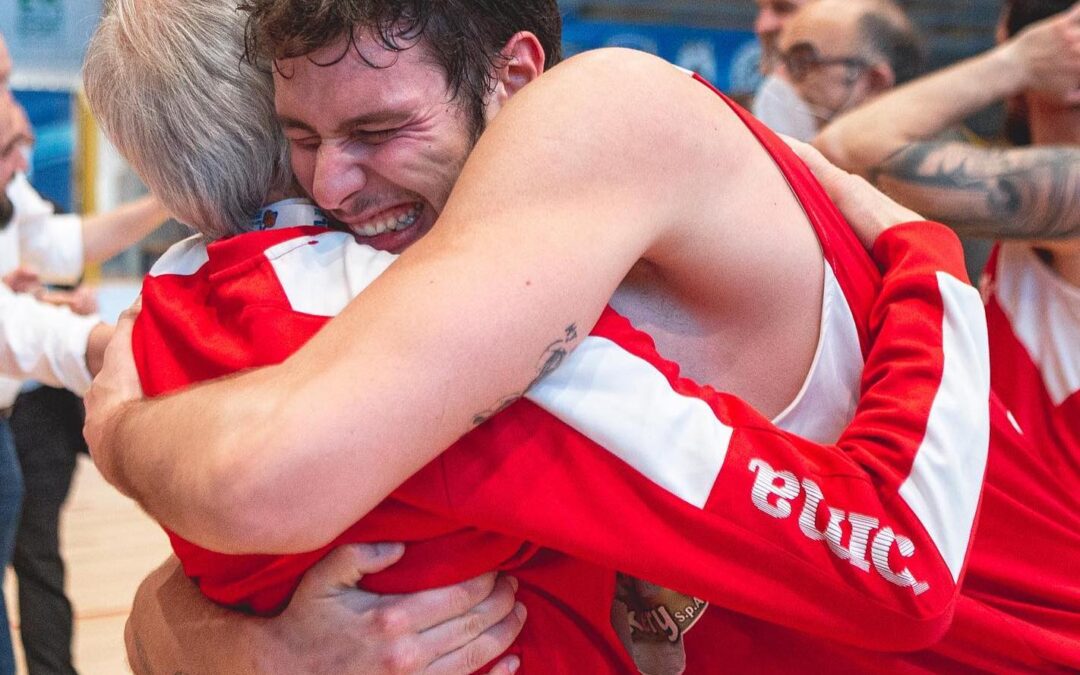 Michael Sacchettini was born on January 6 1995, he became passionate about basketball and he grew up in the College Basketball. He is one of the very first guys to come out of our youth sector able to find space in the national championships, between Serie A2 and Serie B. Today, Mike is in Piacenza and, a few days ago, together with his Bakery, he raised the first official LNP trophy of 2021: the Italian Cup. Together with him we relive the emotions, the background and even some memories of the past.

Michael, what was your first thought when you won the Italian Cup?

“It was great. It was a beautiful set of emotions. At first I was incredulous, it took me a moment to understand that yes, we had really won the Italian Cup. Then goosebumps, happiness and enthusiasm for victory”.

What is it like to be able to live with basketball and play every day?

“It’s obviously a dream, but there are also a lot of sacrifices to make. I’m always away from home, away from friends, yet I always think it’s worth it, because there are a few days when I stop and I think wow, I’m really doing what I like most”.

What have you been carrying with you from your college years?

“From the years in Borgomanero I carry a lot with me. Thanks again to Federico Ferrari, Federico Bozzato, Andrea Bertani, as well as Stefano Di Cerbo and Francesco Rossi. It’s thanks to them that I’m here today, they have helped me so much to grow, physically and mentally. Then when I hurt my knee, Federico Ferrari was the first to worry about me, to pick me up and take me to the operation. I owe a lot to College”.

In a world where people move so often, who are you most attached to in basketball?

“In Borgomanero I have remained tied above all to the coaches, then I know Mine’s children well. Then, as players, Francesco Papa and Matteo Battisti, with whom I played for two years together in Forlì”.

The growth of the College was important, how is our reality in Italy perceived?

“College is now an established reality. A company that aims at the growth of young people, which is always present at the main youth events… it’s admirable. It’s nice to see realities that really care about the growth of children, both physical, technical and mental”.

Do you have any anecdotes to tell us about this Coppa Italia?

“There are actually two nice things. The first depends on my superstition: during the event I together with some of my companions made sure that the cars were always the same and that the seats at the table were respected. In the end it brought luck! Then, after the victory, we “celebrated” as much as possible: we stopped for dinner at a motorway restaurant and had a little party. A little different than normal”.

We close with a wish for the future of your career.

“The first goal I set myself is to never feel “arrived”. You always have to want to go one step further and to continue to improve, at any age. A player cannot and must never relax in my opinion. Concretely speaking, I aim for Serie A2. I want to prove to myself that I can stay in that category, so I work every day with the aim of becoming a solid A2 player. “