C GOLD – THE FOURTH CONSECUTIVE VICTORY ARRIVES AT THE PALA CUS 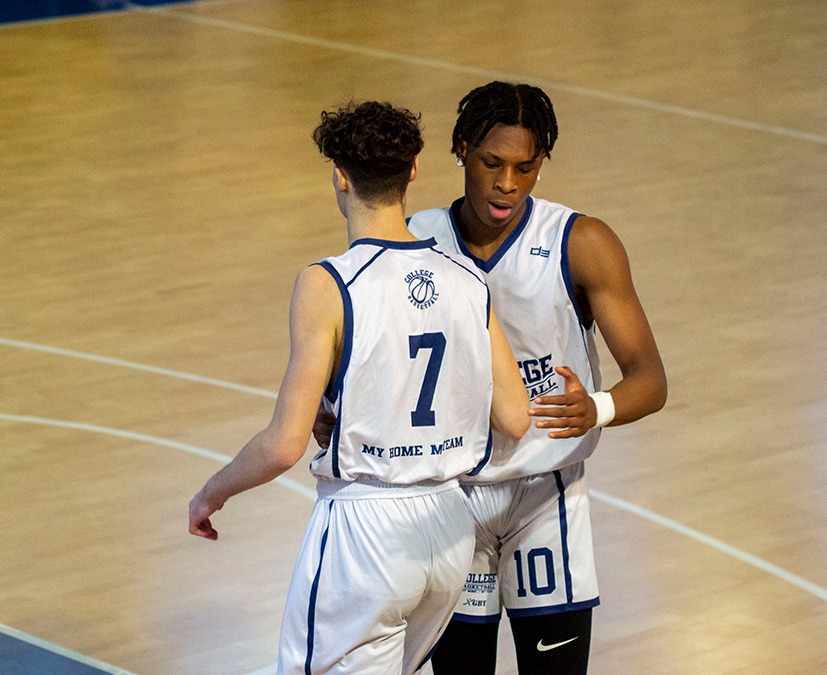 In Turin, after a difficult first half, in which Ginnastica holds the pace of College, Airaghi and his teammates put the turbo in the second half flying to the fourth consecutive win, 74 to 98 the final.

After a balanced start (4 to 4), it is Ginnastica who places the first break of the match: Boglio’s quick reaction arrives at the 5 to 0 for the Turinese. The hosts use the pace of the game to run well along the court and, in the middle of the first period, another small partial arrives that brings Orbyta to +7. College doesn’t disunite and responds, against a break of 6 to 0 and a timeout for coach Porcella. The Turinese continue to hold the reins of the match in terms of points, Ghigo impacts on 21 to 21, but after ’10 it’s 28 to 24 for Ginnastica.

At the beginning of the second quarter the home team is still leading: the Orbyta reaches the new +7, but De Bartolomeo opens the usual partial from the College. Ghigo opens fire from three points and Manto’s support is worth the first overtaking for College. From the middle of the second period the game breaks up, Airaghi and his teammates take several FT and coach Porcella’s timeout arrives on the collegiali +3. Ginnastica doesn’t let College escape on the first half final, but at the long break the score smiles to the guests, 46 to 50.

In the second half College changes gear defensively. Ready-to-go and a 3 to 9 College break arrives and it’s double-digit advantage to Airaghi and his teammates. Coach Porcella calls time out, but the guests continue to close very well in defense, making the most of the transitions and leaning on Okeke below. Ghigo places the three pointer from the corner leading to +17 College, and Ginnastica with 10′ from the end chases 61 to 78.

In the final quarter show time with a couple of flights over the rim, always high intensity and the skill of not letting go the match. College wins 74 to 98.