C GOLD – STILL UNBEATEN AFTER THE WIN IN CIRIÈ 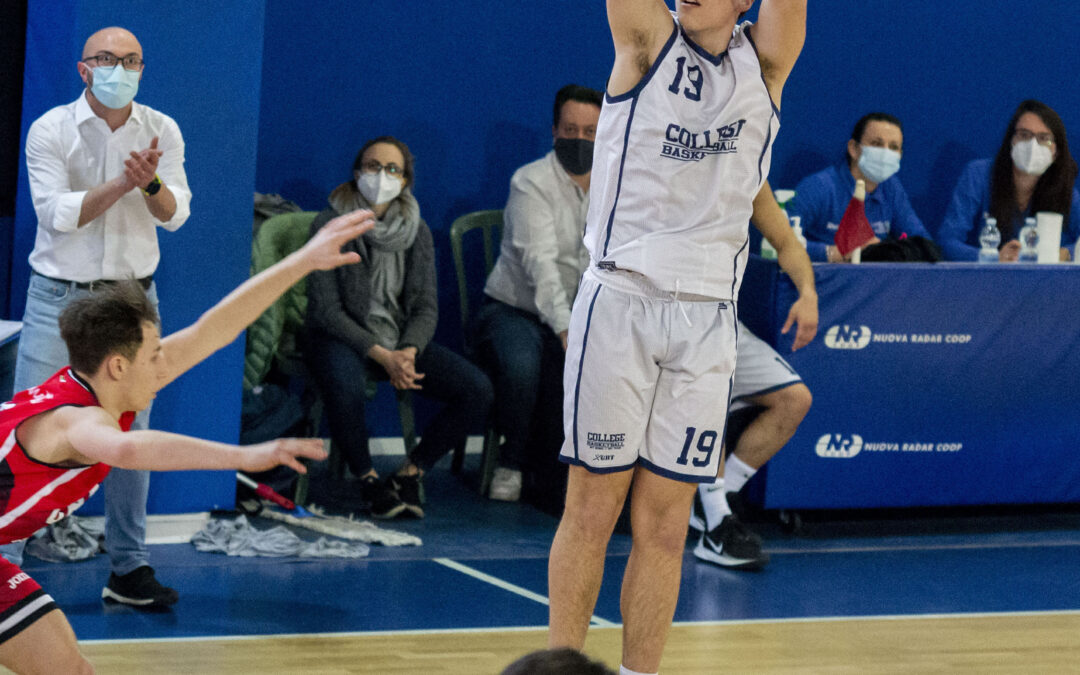 On the parquet of Ciriè the C Gold of coach Stefano Di Cerbo finds the fifth success in as many games in this extraordinary start of the regular season, 76 to 90 the score that rewards Airaghi and his companions in Turin.

First balanced quarter in which Ciriè tries to attack the game: the hosts lead on 4 to 0, before Ferrari unlocks the collegiate scoreboard by attacking the rim with decision. Boglio plays the charge, and with two baskets in a row gives the first advantage to the College, which continues the good moment forcing – after a 2 to 10 break – coach Siclari to call timeout. After the suspension Ciriè comes out reinvigorated, shortening and overtaking on Airaghi and his companions. Coach Stefano Di Cerbo’s guys work well at rebound, keep the pace high and with an excellent impact on the match by Piscetta at the end of the first quarter is 23 to 25 College.

College opens the second quarter with a lightning 4-0, but Lissiotto responds with a central three. Guests are precise from inside the area riding the inspired Piscetta, while PNC quarrels with the rim, undergoing several transitions, in one of which Manto’s +12 bomb is deadly. Lissiotto takes a piece for Ciriè, who plays the zone defense card forcing College to lose some balls. It’s still Manto who has opened fire from 6.75 and at the long break it is 40 at 49 Colleges.

First half of the third fraction in which the collegiali try to give the definitive break to the contest without success: a few too hasty shots and a few defensive mistakes don’t give continuity to the College game, but the advantage is constantly maintained between two and three full possessions. Shortly before the last mini break, the triples of Boglio and Ghigo arrive, launching the collegiate escape at 59 to 71.

After a few minutes in which the teams struggle to score and Ciriè maintains contact, it is Ghigo’s 5 consecutive points that force coach Siclari to timeout. The hosts run out of energy and College, with determination, stretches up to +21 to close at 76 to 90.

Next appointment set for Sunday 18 April, at 18:00, when the battleship Teens Biella will arrive at Cadorna.